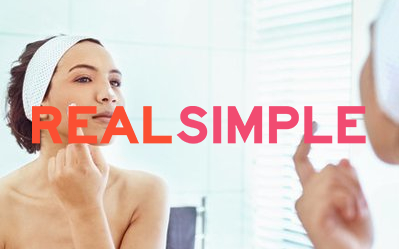 How to prevent: Cold temperatures, wind, and excessive combing can create a buildup of negative ions on the hair shafts, which causes individual strands to repel one another, explains Roberta J. Hawk, a dermatologist in Billings, Montana. In a word: static. “Use a mild shampoo for dry hair, and always use conditioner, which gets rid of negative ions,” she says. Try Redken Frizz Dismiss Sulfate-Free Shampoo ($19) and Conditioner ($20, ulta.com).

How to treat: River Lloyd, a hairstylist at the Peter Coppola Salon in New York City, suggests spraying Static Guard onto a hairbrush and brushing it through hair. “It always works,” he says.

When to see a professional: Flyaway hair accompanied by an itchy, flaky scalp indicates dandruff. If the condition doesn’t improve after you use an anti-dandruff shampoo like Head & Shoulders Classic Clean Shampoo ($11, target.com) and Conditioner ($15, amazon.com) for two weeks, see a dermatologist.

How to prevent: “The trick is to moisturize, moisturize, moisturize,” says Dr. Heather Rogers, a dermatologist in Seattle, Washington, “Apply a moisturizer or balm like Vaseline Petroleum Jelly ($4, target.com) or RESTORE Healing Balm ($30, dermstore.com) when you get out of the shower to your elbows to hydrate and protect them.

How to treat: Twice a day, slather elbows with a hydrating cream, such as Amlactin Daily Moisturizing Body Lotion ($16, dermstore.com). To soften extra-rough elbows, apply a layer of Vaseline Petroleum Jelly ($4, target.com) before bed to seal in moisture, says Lenora Felderman, a New York City dermatologist. Then, if you’re really motivated, cover them with terry-cloth wristbands to keep your sheets clean and let the moisturizer work during the night.

Dr. Rogers also warns against scrubbing. “Instead apply creams with acids to eat away at rough unwanted skin. One of the best over the counter options is Glytone Ultra Softening Heel and Elbow Cream ($54, amazon.com).

When to see a professional: If your elbows are still scaly after a week, you might need a stronger, prescription cream, says Jeanie Leddon, a dermatologist in Lafayette, Colorado. Redness and inflammation could also indicate psoriasis, a genetic disease.

How to prevent: To keep skin from flaking, avoid products that contain alcohol, which is drying. Instead, use a gentle cleanser and switch to a richer moisturizer, such as Neutrogena Norwegian Formula Intensive Moisture Wrap ($9, bedbathandbeyond.com). “I especially use it after skiing,” Felderman says.

How to treat: “In the winter especially, there are so many things that can cause a dry, flaky face, but most commonly, it is simply dried out, irritated skin,” Dr. Rogers recommends, “Stop using any anti-aging or treatment products, products with fragrance or essential oils and just using a thick bland moisturizer and gentle cleanser like RESTORE Face Wash ($42, violetgrey.com) It is even safe to use a bit of over the counter hydrocortisone cream before your moisturizer for a few days to help settle things down.”

When to see a professional: If skin sheds excessively, a light chemical peel can remove the dead top layer of skin in one office visit. If flaky areas are itchy and irritated, you may have an allergy. A dermatologist can prescribe the appropriate cream.

How to prevent: Blood vessels dilate when the temperature drops―the reason many people get flushed noses after romping outside. Since sun exposure can also cause redness, wear plenty of SPF 30 sunblock, even in the dead of winter. Try Kiehl’s Sun Protection Lotion SPF 30 ($29, bluemercury.com). Wear a ski mask when outdoors for prolonged periods. “It’s best to create a physical barrier,” Felderman says.

How to treat: Flushed features should fade soon after you come indoors. To speed up the process, apply a warm―not hot―compress to the skin for a few minutes.

When to see a professional: If redness persists―especially if it’s accompanied by whiteheads or visible blood vessels―seek medical treatment for rosacea, a form of acne. A dermatologist can prescribe antibiotics or perform a laser treatment to reduce the appearance of blood vessels or redness.

How to prevent: The thin skin covering the hands is particularly susceptible to dehydration during the winter. Protect it by wearing gloves outdoors and using rubber gloves when doing dishes. And each time you wash your hands, moisturize afterward. “Keep a jar of cream by every sink in the house,” says Leddon. Try Dermalogica AGE Smart Multivitamin Hand and Nail Treatment ($24, dermstore.com).

How to treat: For an extra moisture boost, apply a thick layer of hand cream before bed, and sleep wearing white cotton gloves ($7.50, walgreens.com). The gloves allow better absorption of the cream.

When to see a professional: Cracked, raw hands that sting or burn when you apply creams (or, worse, when you get them wet) should be treated by a doctor. “Severely dry hands may have eczema, psoriasis, or an allergy,” Hawk says. “Oral antibiotics, internal cortisone, ultraviolet light treatments, or strong external ointments may be necessary.”

How to prevent: There’s no such thing as too much lip balm. It’s your first line of defense against chapped lips, says Jayne Fortson, a dermatologist in Anchorage, Alaska. Try ChapStick or Carmex, which contain a moisturizing ingredient such as lanolin or petrolatum. Wear a lip balm with SPF if you plan on spending more than 30 minutes outside. Try Dermatone Meicated Lip Balm SPF 23 ($3.50, rei.com). Unlike many balms, it won’t crystallize in cold weather. Says Leddon, “Also, avoid licking your lips. That dries them out even more.”

How to treat: Coat lips a couple of times a day with a heavy-duty emollient, such as Aquaphor Healing Ointment ($12, amazon.com), which seals moisture into skin. “That should rehydrate lips within a day or two,” Felderman says.

When to see a professional: Painful cracks at the corners of the mouth are signs of perleche, a type of yeast infection, or a cold sore, which may require a prescription ointment.

How to prevent: Prolonged exposure to harsh winds can leave skin raw and chapped. Before heading out, layer on a rich salve, such as L’Occitane Shea Organic Shea Butter ($12, sephora.com), to create a thin barrier between your skin and the wind. Then coat skin with an SPF 30 sunblock. We love Beautycounter Countersun Mineral Sunscreen Lotion ($39, goop.com) For added insurance, wear a hat or a scarf that covers your neck and nose.

When to see a professional: If itching and soreness persist for more than three or four days, ask a dermatologist for a stronger prescription cream, which should accelerate the healing process.

How to prevent: “An ounce of prevention is worth a pound of cure,” says Dr. Ava Shamban, celebrity dermatologist out of Beverly Hills and founder of skinfive.com, “Start with changing out of your shoes or socks immediately at the end of the day. Sweaty feet are more prone to cracking if they don’t have a chance to air out. Then, give them a personal bath and apply a AHA lotion after drying them well.” Real Simple’s favorite is Amlactin Foot Repair Foot Cream Therapy ($8, amazon.com).

How to treat: “Apply a thick coat of cream and wear cotton socks to bed,” suggests Deborah Sarnoff, a dermatologist in New York City. “Your feet will sweat a bit during the night, and the moisture will be deeply absorbed.” To increase absorption, place a tube of Aquaphor ($6, walgreens.com) in a small saucepan of warm water, slather the warm salve on top of the moisturizer, then put on socks. Reapply moisturizer in the morning.

When to see a professional: Painful cracks that don’t heal in a week or two probably need a prescription-strength cream. “Cracked, itchy feet could have a fungus or suffer from eczema or psoriasis,” says Hawk. Make an appointment with a dermatologist or a podiatrist.

How to prevent: Blustery winds, the punishing glare, and dry air can leave eyes red and irritated. To protect them, wear sunglasses. Read labels and look for glasses that shield you from harmful UVA and UVB rays.

How to treat: Apply nonmedicated saline tears or nonmedicated eyedrops, such as GenTeal Mild Lubricant Eye Drops ($8, amazon.com). Reapply as often as necessary. Over-the-counter medicated eyedrops should be used sparingly, since prolonged use can cause a rebound of redness, says Susie Hahn, an ophthalmologist in Bayside, New York. If the skin around your eyes feels irritated, moisturize the area. “But avoid creams that contain alpha hydroxy acids, which can be irritating,” says Fortson. Try Burt’s Bees Intense Hydration Eye Cream ($8, target.com).

When to see a professional: If nonmedicated drops don’t help after a week, make an appointment with a dermatologist or an allergist.

Each product we feature has been independently selected and reviewed by our editorial team. If you make a purchase using the links included, we may earn commission.
Read Original Article
by Modern Dermatology
0
0

Modern Dermatology Press
The Bare Minimum You Should Be Doing for Your Skin, According to Experts

Previous post The Bare Minimum You Should Be Doing for Your Skin, According to Experts

Next post Fancy Face Creams, Made by Dermatologists, for Your Skin Only

Fancy Face Creams, Made by Dermatologists, for Your Skin Only