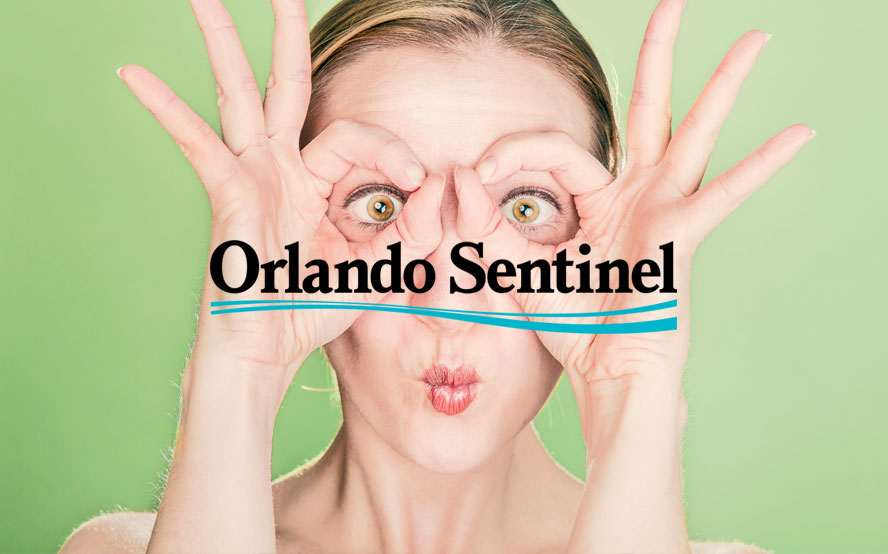 Before delving into this story, let’s take a moment and fix your posture. Sit up straight, just like your mother always told you. If my Pilates teacher is right, your head weighs as much as a bowling ball. So make sure it’s stacked up nicely on your spine.

Now take a deep breath. If you have a gong, bang it and feel the vibrations. Now look at the photo (featured above) that says “lion face” and make that face. If people around you stop to stare, tell them you’re in a serious battle with aging and testing your latest weapon: face yoga.

Simply put, face yoga is a combination of exercises, massages and relaxation techniques that focus on the face muscles. As the name implies, the practice draws from ancient Chinese and Indian practices. Those who believe in face yoga, say it’s the natural way of fighting wrinkles and sagging jowls. Some go as far as calling it the “natural facelift.”

Unlike all the different types of yoga with deep historical roots, face yoga is less formalized. It’s mostly developed by individuals from different countries who have a keen interest in the role of facial muscles in aging and have developed methods that they share with others via classes, videos and books.

If you search the Internet for face yoga, you will come across all sorts of instructional videos on YouTube. There are some instructors who call their method “facercise,” while others focus more heavily on serious face massaging. And I mean serious, because they want you to apply quite a bit of pressure on your face as you massage the heck out of it. Case in point: The Skin Fit Gym on the Mirai Clinical website (miraiclinical.com).

But do these methods really work? The answer isn’t a definite yes or no. Let’s start with a quick lesson in the anatomy of the face.

The top layer is the skin, which has three layers of its own and houses proteins like collagen and elastin. Underneath the skin there’s a layer of fat. And under that, there are 43 muscles. As we age, all these layers go through changes, resulting in wrinkles, loss of volume and sagging of the face.

Aside from the $500 creams that promise eternal youth, and the good old facelift, doctors today use several technologies to keep our faces looking young.

“In the world of anti-aging, there are three different ways to address the aging process,” says Dr. Heather Rogers, clinical professor at University of Washington Department of Dermatology andco-founder of the practice Modern Dermatology in Seattle, Wash..

Laser treatments target the top layers of the skin, stimulating collagen production and resurfacing the outermost layer to erase wrinkles. (Facials only affect the very top layer of the skin and don’t have an impact on collagen and elastin production, Rogers says.) Then, there are fillers like hyaluronic acid, which make up for the loss of fat.

“As we age, we lose fat in our face and gain weight in the middle,” says Rogers. If only we could gain a little more weight in our face each year, she jokes.

And then there are neuromodulators like Botox, which inhibit the contraction of muscles. “As we age, those muscles get bigger and stronger, so the lines in our face get deeper, like the 11 between the eyebrows,” explains Rogers.

So needless to say, Rogers is a skeptic about the benefits of intentionally exercising your face muscles. She agrees with the benefits of massaging the face, but that’s where she stops. “Having strong muscles often makes it harder to make wrinkles go away,” she says. 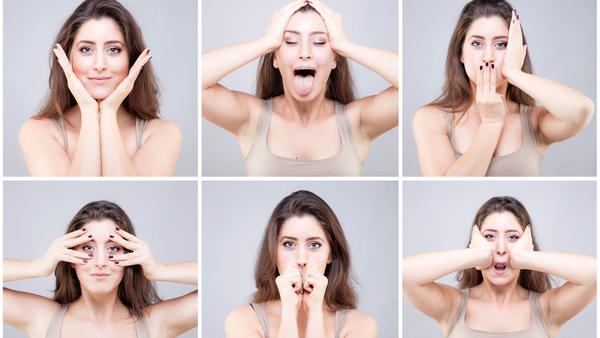 But those who practice and teach face yoga disagree. They say that if done correctly, exercising the face muscles can help fight aging.

“When dermatologists say this [it’s] usually because exercising and moving the face in an uncontrolled way can create wrinkles,” says Danielle Collins, founder of Danielle Collins Face Yoga Method, who practices in London and Bath and has trained more than 260 people around the world to teach her method.

Her method, she points out, “focuses on relaxing muscles and re-training the face so that we prevent lines from expression.”

Collins uses a combination of Eastern and Western medicines that involve mind, body and soul. So it’s more than just making funny faces. And it’s not a quick fix, she’s quick to point out. To see results, she recommends 20 minutes of face yoga, six times a week. If not, do less, but do it regularly.

In her techniques muscles are exercised in a controlled way, using fingers as resistance. She adds in massages, which help boost collagen and elastin production, improve blood circulation and remove toxins.

Another prominent name in the world of face yoga is New York-based actress and yoga teacher Annelise Hagen, who created and founded The Yoga Face about a decade ago.

What piqued her interest were the facial relaxation parts of the practice of yoga. She did some research on what was out there, which included the book Natural Facelift by Juliette Kando, and she created her own version.

Hagen held a workshop in the studio where she taught yoga and “that took off,” she says. Like Collins, Hagen emphasizes relaxation and controlled stretches of the face muscles rather than “exercising” the muscles in the same way we exercise our biceps and glutes.

“For me, meditation is a big component,” she says. “On the spiritual level, you release the concept of aging. To me, that’s really the heart of it. It’s the essential fact that we’re ageless.”

During her sessions, she also focuses on posture, because “when you have good posture, it affects how your head sits on your body and that relaxes your face,” she points out.

She performs jaw exercises to release the tension we tend hold there. And then starts certain exercises that help with circulation and toning. “And we might do some meditation, sound vibration and chanting,” all of which help release tension, she adds.

Dr. Debra Johnson, president of the American Society of Plastic Surgeons, who has a private practice in Sacramento, Calif., says maybe this mild form of face exercise could help make up for some volume loss in the face. “But working out the face muscles can be a double-edge sword, particularly in the neck. Frequent use of some facial muscles, particularly in thin women, can appear as more obvious smile lines and thickening of the neck muscles resulting in vertical bands,” she says.

So would she recommend it to her patients? “I’m a big believer in yoga, so I’d tell my patients that if it’s fun for them to go ahead and do it, but I’m not sure how helpful it’ll be. I don’t think it’ll make a big difference.”

If you’re still sitting upright and a bit disappointed that you haven’t found the miracle cure for aging, here’s one weapon that the doctors interviewed for this story immediately mentioned as the surest way to fight aging: sunscreen. “No tanning beds. Protect your face, neck and chest from the sun. And don’t smoke,” emphasizes Rogers.

And remember that if you’re miserable and unhappy, it doesn’t really matter what you do to your face to look young. “People look their best when they’re happy,” says Rogers.

Previous post Freckles vs. Moles: A Dermatologist Decodes Those Dots