Home / Modern Dermatology Press  / How to Sunbathe Without Getting Burned 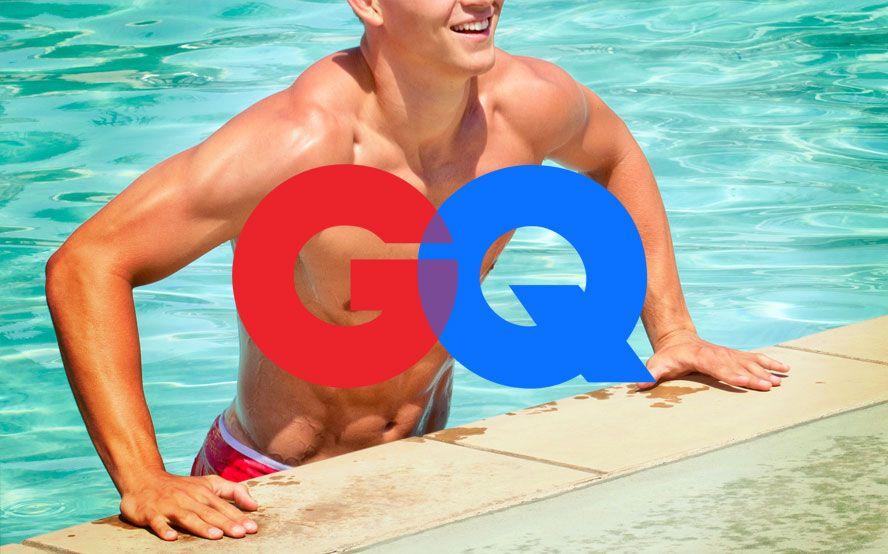 by Adam Hurly for GQ Magazine

UV rays are not your friend. Here’s how to outwit them.

I was with a redheaded friend on a beach in Portugal, sprawled out all afternoon while he relaxed beneath an umbrella, his fair skin too sensitive for the midday sun.

However, at precisely 3 p.m., he crawled out from the shade, looked up at the sun, and said “Mmmmm, ginger golden hour,” as if he had just reached the Promised Land. He answered my “Huh?” with an explanation that he can be exposed to the sun after a certain hour, since its rays aren’t as direct. Thus, it’s the prime time for red heads and other fair-skinned homies to bask without burn.

I had never given this much thought, though it seemed obvious enough that the sun is most harsh between 11 and, say, 4 or 5. For me, this means getting sun during those hours—get it while it’s hot! But at what cost? We already know that any amount of sun exposure is damning, but if we’re gonna be outside, enjoying the summer sun while we can, what is the best time of day to get tan?

In general, as the sun drops in sky, its rays are less direct, thus less radiation reaches your part of the earth

says dermatologist Heather Rogers, of MD in Seattle. “This does not mean there is no radiation, though.”

Rogers points to the Sun Safety Alliance’s guidelines on the varying strength of UV rays:

Note the time of day: As already mentioned, UV rays from the sun are strongest when the sun is at its peak in the sky. This is between 10 am and 4 pm. So, to my ginger friend (Hey Matt!): You were off by one hour, darling.

Seasonality plays a part: May through August are typically the strongest months, UV-exposure-wise. But, as the Sun Safety Alliance states, “UV rays reach Earth every day—including wintertime. Snow can reflect 85% to 90% of the sun’s UV rays.” So, lather up the SPF year round.

Check your altitude: The higher up you are, the “cleaner and thinner” the air is. Thus, if you’re in the mountains, you’re at greater risk any hour of the day. Apply sunscreen before skiing, or else you’ll be blaming “wind burn” for what is actually sun burn.

Latitude, too: The closer you are to the equator, the more direct the rays. As you get nearer to each pole, the tilt of the earth favors you a little more: the sun’s rays hit you less directly.

Length of exposure: You aren’t gonna get a burn if you’re outside for 5 minutes at noon. But it’s likely you’ll get one if you’re outside, sans protection for 2 hours between 4-6 p.m. Just because it’s “ginger golden hour” doesn’t mean it’s OK to skip the sunscreen.

Rogers advises applying sunscreen every two hours—beginning with your first venture outdoors, and until the sun goes down, as well as whenever you take a dip in the water and return to your towel to bake.

And, while I have you, here are some of my favorite SPF-packed products.

On the daily: Clinique for Men Broad Spectrum SPF 21 Moisturizer My favorite for the days I’m not hitting the beach (OK, that’s like 95% of days), but still want a nourishing moisturizer + reliable shield from UV rays as I run errands. This one absorbs quickly, without residue.

Beachin’ face protector: Coola Face SPF 30 Unscented Moisturizer It’s best to have at least 30 SPF if you’ll be out in the sun for a while. Coola’s moisturizer is perfect for your face, in that it nourishes and protects this slightly more sensitive skin. Oddly, it has this addictive quality to it—something about the whipped butter texture that has me excited to reapply every two hours.

Full-body armor: Jack Black Sun Guard Sunscreen SPF 45 Oil-Free and Very Water Resistant I love how descriptive this one’s name is (“Very Water Resistant!”), but mostly I love that it delivers on its promise. Fair-skinned friends and pigmented pals, you’ll both appreciate this all-over, long-lasting coverage for everything below the neck. Don’t forego Dr. Rogers’ two-hour reapplication rule, though. You’re better safe than sorry.

Next post Why You Must Apply Sunscreen Before the Beach