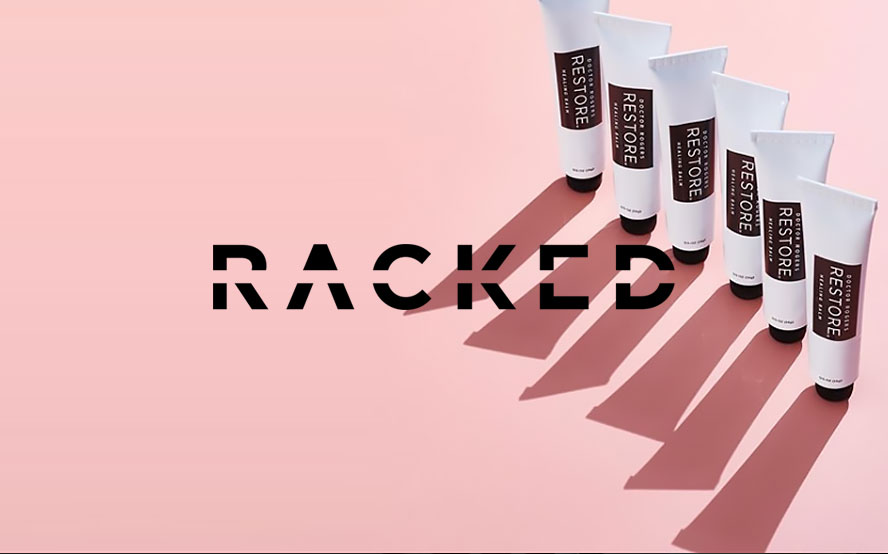 I love Vaseline and Aquaphor, and have various sizes of both products all over my apartment. I’m not afraid of petroleum jelly, otherwise known as petrolatum, which is present in both of these products. There’s a lot of fear-mongering online because petroleum jelly is, as the name suggests, a petroleum by-product and therefore not natural and therefore likely to kill you. Or something. (Not really. Cosmetic-grade petroleum jelly is almost certainly not going to kill you because it’s purified. It is, however, not environmentally sustainable, which is a better reason not to use it.)

I have a kid who has eczema, so every winter presents a new challenge for how to prevent him from looking like an itchy snake shedding his skin. We have various creams that I usually top off with Aquaphor, which has both emollient (skin protector) and humectant (helps retain moisture in the skin) ingredients. Last month, he noticed some dry skin on his palms, a new manifestation.

A few days later, I was at my dermatologist’s office trying to get some personal acne issues taken care of, and I did that thing you should never do: asked her for free medical advice about my kid, who was not with me at the time. But she indulged me and told me about a new-ish ointment called Doctor Rogers Restore that she’s been recommending for skin healing.

Nothing makes Dr. Rogers happier than seeing RESTORE in gorgeous little hands! That’s because, as a mom of two, she wanted an all-in-one that was safe for the whole family. So whatever your fam has planned for this weekend, make sure your RESTORE is close by for cuts and scrapes, dry skin, and more. #restoreme #family #tgif #Repost @cookwith5kids ・・・ My little girl has eczema and nothing we have tried has worked. Most creams sting and do not help with the red itchy rash. @doctor.rogers Restore healing balm has been a lifesaver. This plant based hypoallergenic balm soothes the red itchy skin instantly. The container is small enough to pop in her pocket for school or camp. This dermatologist created product REALLY works and is a safer alternative to Vaseline and Aquaphor. #weekendvibes #eczema #eczemarelief #eczemaproblems #eczemababy #eczemabalm #eczemahelp #eczemakids #ad #dryskin #miniblogger

Then she said, “Goop loves it, too!” Oh. But since I trust this woman with my skin and that of my loved ones, I bought a huge tub of it at her office after a quick Google search, where I discovered it was formulated by a dermatologist and recommended by many others. It contains only three ingredients — plant-derived glycerin, castor seed oil, and castor wax. Glycerin is a common humectant, and castor seed oil is an emollient that also supposedly decreases inflammation. The wax helps give it that thick, gooey, Vaseline-like texture. (A fun side note about castor beans, a natural thing that can kill you: They are the source of ricin, a literal poison. But again, it depends on how they’re processed, so don’t worry. We’ve been fine.)

The balm feels softer than Vaseline and stiffer than Aquaphor. After a mere two days of slathering it on my son’s hands before bed, his flakes were totally gone. (We had tried Eucerin and Aquaphor prior to that.) Ditto my ragged, dried-out cuticles. It’s also great on lips. I like it so much better than other so-called natural balms that I’ve tried, which inevitably have coconut oil in them, an ingredient that does not agree with me and my acne-prone skin and liquifies too quickly upon contact.

The downside? It’s not cheap. The huge tub I bought was $80, but it also comes in a smaller $30 jar and a brand new and pretty chic $30 tube, which makes it neater to use and more portable. We use it every day and so far have barely dented the tub, so I suspect it’ll last a long time.

I definitely haven’t given up Vaseline, but I’m happy to have another thing in my winter hydration arsenal.