Here’s Why Your Mosquito Bites Get So Extreme 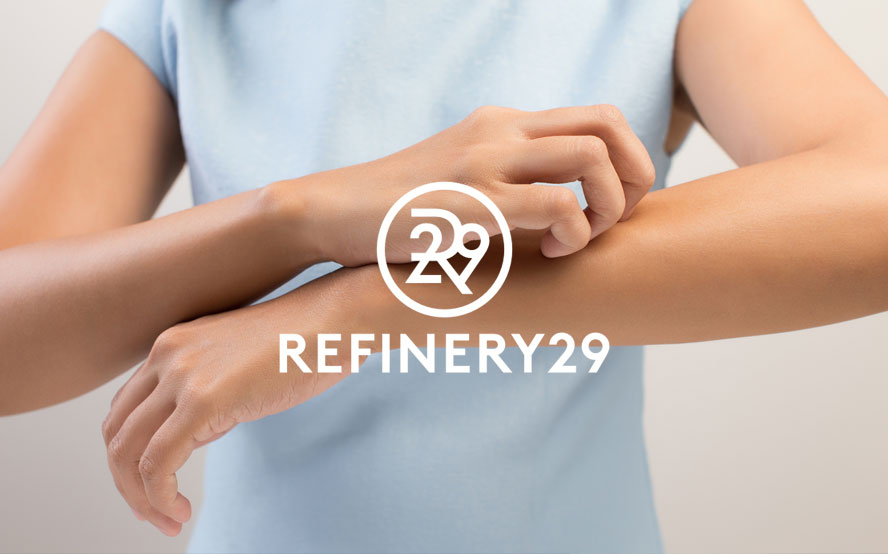 Here’s Why Your Mosquito Bites Get So Extreme

If your summer glow also incorporates a few dozen glowing-red bug bites, congrats on being very delicious. It’s normal to get bug bites in the summertime, and some people are certainly more susceptible to them than others.

Researchers know that the odor of your skin and the amount of carbon dioxide your body releases can impact whether or not you tend to get bitten by mosquitoes. And some of these factors might be genetic.

Sometimes you don’t have that many bites, but the ones you do have are absolutely ginormous, swollen, and seemingly taking over your body. Is there a reason why some people get worse bug bites than others? Yes, according to Shari Lipner, MD, PhD, assistant professor of dermatology at Weill Cornell Medicine.

When a mosquito bites you, it injects its saliva into your skin, Dr. Lipner says. “The saliva contains proteins or allergens that cause the itching, swelling, and redness in most people,” she says. The most common reaction is a small red bump with a dot in the center, she says. But some people’s skin is simply not as chill.

Basically, the intensity of your bug bite correlates to how allergic you are to the saliva, says Heather Rogers, MD, a dermatologist in Seattle. If you get small mosquito bites, you’re not that allergic, for example. Some people are blessed with immune systems that don’t recognize mosquito saliva as an allergen at all, so they won’t have a reaction to the bites, Dr. Lipner says. If that’s you, avoid gaslighting your itchier pals, because some people do get way worse bites, even if you swear you’ve had nary a nibble.

“Some people get more than a small red bump,” Dr. Lipner says. Normal-sized mosquito bites may turn into large welts, sometimes ones that ooze, she says. And in rare cases, people can even experience anaphylaxis from a bug bite, which is a severe allergic reaction. “People may have lip swelling, and shortness of breath,” she says, underscoring that you have to seek medical attention ASAP, if that happens to you for any reason.

The amount of time that a mosquito feeds on your skin can also impact the size of the bite, Dr. Rogers says. “The longer the mosquito feeds, the more saliva you are exposed to,” so even if you react normally to mosquito bites, there’s a chance those buggers have turned you into an all-you-can-eat buffet, leaving you with bigger bites than usual, she says.

And your grandma was right when she warned you to leave those bites alone. Dr. Rogers says scratching “can make the bites itchier, and create scarring, which can lead to pigmentation changes or the formation of a permanent bump.” Instead, the best thing to do is press an ice pack on your bites, she says. “Your nerves cannot feel cold and itch at the same time,” so it’ll quell the itch, and won’t make the bites any worse, she says. If you’re really miserable, you could also try using a 1% hydrocortisone cream a couple times a day until the bite subsides, or taking an antihistamine like Zyrtec or Allegra for a week if you’re having an outsize reaction, Dr. Rogers says. As a last resort, she recommends just covering a bite you’re too tempted to scratch with a Band-Aid, and hope it’s out of sight, out of mind.

If your bumps look out of the ordinary for you, it might be a bigger deal than just bugs, in which case it’s a good idea to get checked out by your doctor. And ultimately, using an EPA-registered mosquito repellant will make ‘skeeters buzz off, so next time, you’ll be the one wondering, “Mosquitos? What mosquitos?” instead of maniacally clawing at your skin.

Modern Dermatology Press
How to Use Concealer: We’ve Got You Covered

Previous post How to Use Concealer: We’ve Got You Covered

Next post How to Remove Blackheads….Scrubbing Is NOT the Answer!

How to Remove Blackheads….Scrubbing Is NOT the Answer!