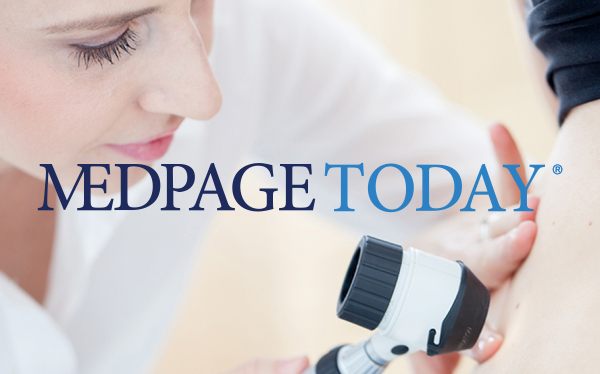 Physician assistants (PAs) consistently needed more biopsies compared with dermatologists to diagnose a single case of melanoma or any skin cancer, carrying implications for healthcare costs and catching melanoma while still curable, according to a single-institution study.

To diagnose a single case of melanoma, PAs needed 39.4 lesions biopsied compared with 25.4 for dermatologists (P=0.007), reported Laura K. Ferris, MD, PhD, of the University of Pittsburgh School of Medicine, and colleagues in JAMA Dermatology.

To diagnose a case of any skin cancer, 3.9 biopsies for PAs were needed compared with 3.3 for dermatologists (P<0.001).

“An incredibly important part of the 3 years of dermatology residency that every board-certified dermatologist must complete is seeing a patient, doing a skin exam, then having someone with much more experience come after them and tell them what they missed, and what they don’t need to biopsy that they thought they should,” Ferris told MedPage Today. “PAs simply do not get this type of training.”

The study was sharply criticized by the American Academy of PAs (AAPA) and the Society of Dermatology PAs (SDPA) in a joint statement that called the study “fundamentally flawed.”

“The PA profession is disappointed that JAMA Dermatology would publish so thin a study that is not representative of the quality of care provided by PAs,” said L. Gail Curtis, PA-C, MPAS, the AAPA’s president and board chair. “The article is rife with methodology flaws, looks at far too few clinicians to draw any serious conclusions, and cherry picks clinical decisions in ways clearly designed to put PAs in a bad light.”

The researchers reviewed records of 20,270 patients who were screened 33,647 times for skin cancer at dermatology offices affiliated with the University of Pittsburgh Medical Center (UPMC) from 2011 to 2015. During the study, 15 PAs and 15 dermatologists at UPMC provided screening. The mean number of years of experience was 13.5 for dermatologists (SD 11.7) and 6.9 for PAs (SD 3.6).

“There is significant interest in hiring PAs and nurse practitioners to deliver care that has traditionally been provided only by physicians, in part in an effort to lower costs of care,” said Ferris. “Missing opportunities for early cancer diagnosis and performing unnecessary biopsies will significantly drive up healthcare costs and studies like ours are needed to help us to better understand the broader financial impact of the decision to use physician extenders.”

Ferris noted that in this study, PAs were overseen by board certified dermatologists, but that legislation being considered in several states would allow PAs and nurse practitioners to practice independently, a move opposed by the American Medical Association and others. “We anticipate that the discrepancy in care would be amplified were this to occur,” she said.

The authors indeed did acknowledge several study limitations, including the fact that screenings may have occurred during other visits, and not all risk factors were captured, such as nevus count or family history of melanoma. Also patients who felt they were at high risk may have specifically chosen to see the dermatologist over a PA. Another possibility is that PAs consulted with a dermatologist prior to deciding to biopsy. The authors did note, however, that the PAs at UPMC are likely better trained than most.

In their rebuttal, the PA groups argued that number-needed-to-biopsy is a controversial measure for diagnostic accuracy. They also pointed to the small number of clinicians included in the study, differences in melanoma risk between patients seen by PAs versus dermatologists, and the fact that PAs in Pennsylvania are supervised by physicians.

Ferris disclosed support from the NIH and relevant relationships with DermTech, Novartis, Janssen, and Eli Lilly.

Modern Dermatology Press
How to Remove, Heal, and Prevent Hangnails

Previous post How to Remove, Heal, and Prevent Hangnails

Next post How to Prevent Ingrown Hairs, According to Dermatologists

How to Prevent Ingrown Hairs, According to Dermatologists