Home / Modern Dermatology Press  / How To Use Oil As A Cleanser

How To Use Oil As A Cleanser 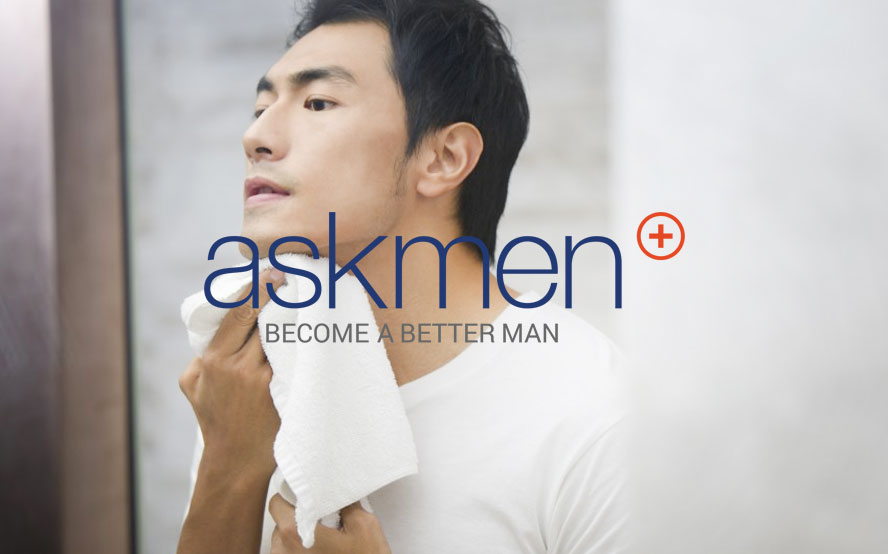 How To Use Oil As A Cleanser

by Adam Hurly for askmen

Why It’s Time To Start Using Oil As Your Go-To Facial Cleanser
After a long, stressful day, you can literally see the strain on your face: Heavy grime and shiny oil will build up, and that eventual soapy scrub down feels as calming as a pint of beer as it washes everything away. You might be surprised, however, to learn that there is another facial-cleansing technique — besides soap and water, that is — that might unclog pores even better, and it involves fighting fire with fire: It’s the Oil Cleansing Method (OCM), and it uses oil to remove oil, with good scientific reason. Here’s why OCM works, and how to try it at home.

OCM has a “like dissolves like” approach: When applied to the skin, certain oils (many of them available at the grocery store) will mix with the oils on your face, thus pulling the grease and dirt away from the pores. To do it, just splash your face with warm water, then apply the oil cleanser as you would otherwise apply a soapy one. Scrub it away with a damp, warm washcloth, which will absorb and wipe away any remaining oil.

Why Men Should Try OCM

“Typically, men have oilier skin than women, plus larger pores and sebaceous glands,” says Heather Rogers, M.D. and founder of Modern Dermatology in Seattle. This means that men have greater oil buildup, and thus require a “heavier-duty” solution to cleansing the pores and extracting all of the impurities within.

Many cleansers will dry out the skin, thus requiring a generous application of moisturizer following use. Oils, on the other hand, have naturally hydrating and nourishing qualities. (The same methodology can be applied to why you shouldn’t wash your hair with shampoo every day; it’s important to rinse away the excess oil buildup daily, but too frequent shampoo use can leave hair dry and damaged.)

Which Oils Should (And Shouldn’t) Be Used

“[Oils with lower percentage of saturated fatty acids] are closer to a surfactant than the other oils, with one end being more lipophilic — to hold on to the oil on your skin — and other end more hydrophilic — to help the oils to be carried away by the water. For oily skin especially, use a higher ratio of castor oil to other oils, and for drier skin, a lower ratio of castor oil to other oils.

“Regardless, I encourage people to use the non-fragrant oils,” Rogers adds. “Grapeseed, olive, jojoba, safflower, argan, castor, or almond oils will all decrease the risk of irritation or allergic reaction. Avoid fragrant oils like rosemary, lavender, or citrus, because they contain irritating compounds. Lemon oil, for instance, can increase photosensitivity.”

How to Make An Oil Cleansing Solution At Home

“Most commercially available oil cleansers have several other ingredients and are more like traditional cleansers,” says Rogers. For women, she usually recommends this one from Caudalie, which is targeted at removing makeup. Men can use it as a standard cleanser, too, but Rogers otherwise suggests just making a homemade blend.

To do this, mix one part castor oil with one part grapeseed oil (or another from her suggested list; just be sure to pair it with castor oil). You can play with this 1:1 ratio after seeing how the 50-50 blend behaves and feels.

If you don’t want to go full force on an oil-cleansing routine but still want the benefits of using a skin-balancing oil, try this castor oil-based ointment weekly or biweekly to heal and prevent irritation. Target the irritated areas before bed — as a full layer or as a spot treatment. It might stain your pillowcase, so be sure to substitute an old one for the night. Shower it off in the morning, and you should notice a softer, clearer complexion.

Rogers recommends OCM most highly for guys with dry, easily irritated skin. No matter your skin type, it’s worth trying for a few days to gauge results. Guys with really oily skin might traditionally notice less effective results than a standard cleanser. However, play with the ratio: If you have oily skin, use a higher percentage of castor oil in your OCM solution.

Because oil can stain clothing, don’t try OCM while wearing any valuable clothing.

The Broke Girl’s Guide to Getting Rid of Acne